In ultra running and any endurance sport for that matter, how you think can play a huge role in your results. I’ve often thought the mental aspect was as much if not more important than the physical side of running. Don’t get me wrong you can’t perform well in a 100k ultramarathon without proper physical training, but one needs to train the brain as well. This topic and many others has been written about in previous articles by Alex Hutchinson and now is the topic of his new book Endure :Mind, Body and the Curiously Elastic Limits of Human Performance. His article “The Mental Tricks of Athletic Endurance” in the Wall Street Journal talks about this often neglected topic by athletes.  Here is one tidbit from the article.

“Hill and other early researchers soon realized that psychology must play a key role. In 1961, a pair of scientists at George Williams College in Chicago showed that they could boost the maximum strength of weightlifting volunteers by 7.4% if an experimenter sneaked up behind the subject and fired a .22-caliber starter’s pistol just before the lift. It was among the first (and most bizarre) attempts to demonstrate that the limits we perceive as physical and absolute are often negotiable and mediated by the brain.

The precise nature of the mind-muscle connection remains hotly disputed today, but most researchers accept the essential point: that the physical manifestations of fatigue—racing heart, elevated core temperature, a rising tide of metabolites like lactate in the blood—merely serve as sources of information for the brain, rather than direct limits on our ability to continue.”

After reading the full article I look forward to gleaming more insight from his new book. 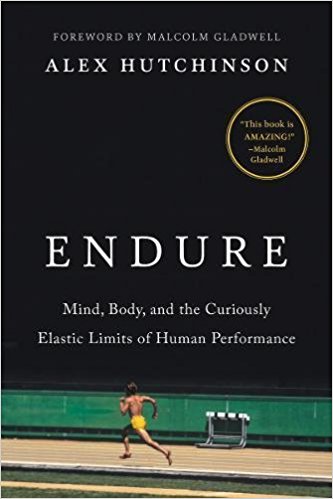